Chlorine Dioxide is now recognized as one of the safest, most effective ideal biocides and sterilizing agents available today. As a result, it is widely used in both large and small scale industrial applications where a potent but environment-friendly biocide is required.
Many of its uses and applications are the US Environmental Protection Agency, WHO, FDA, UK, and EU government-approved: and highly recommended by several researchers
and research establishments throughout the world. 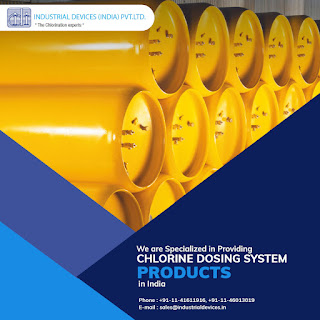 WHAT IS CHLORINE DIOXIDE?

Chlorine dioxide is a chemical substance with the formula ClO2. it is a yellowish-green gas with high solubility in water and is a very powerful oxidizing chemical at −59 °C.
As one of many oxides of chlorine, it is a potent and useful oxidizing agent used in water treatment and bleaching. It is highly unstable and hence cannot be stored or transported in bulk. Chlorine Dioxide – What you can't say from its name. All water treatment starts with water disinfection. INDUSTRIAL DEVICES realized disinfecting water properly is as important as treating water and is providing a unique and cost-effective solution for water disinfection or medical care.
We have developed perfectly automatic Chlorine Dioxide generators for water disinfection. CLO2 is
2.5 times more powerful than conventional Chlorine.

No pH dependence – Chlorine dioxide is an effective disinfectant, even at high pH levels where chlorine loses much of its disinfection potential.

No combination with ammonia – Chlorine dioxide does not combine with the ammonia in water, like chlorine, requiring smaller doses to achieve disinfection.

Oxidizes sulfides without high pH - Sulfide oxidation using chlorine requires high pH to prevent the formation of colloidal sulfur, which can plug up equipment. Chlorine dioxide could also be used over a broad pH vary (5-9) without colloidal sulfur formation.

No loss due to storage – Chlorine concentration in a tank of 12.5% sodium hypochlorite solution is subject to varying decay rates based on ambient conditions. Sodium chlorite and hydrochloric acid may be stored for more than a year without significant decay.

Method of Generation of the proposed system:-

The system is designed to produce ClO2 based on an acid-chlorite process. This process activates sodium chlorite with hydrochloric acid to generate chlorine Dioxide using the reaction.

The generators are available in 2 versions. Smaller capability models use dilute 9% HCl and 7.5 % NaClO2 and the larger models use concentrated chemical of 32% HCl and 25 % NaClO2.
Dilution Water is added to stay the concentration within the reactor low and Chlorine DiOxide solution will have a 2% concentration.